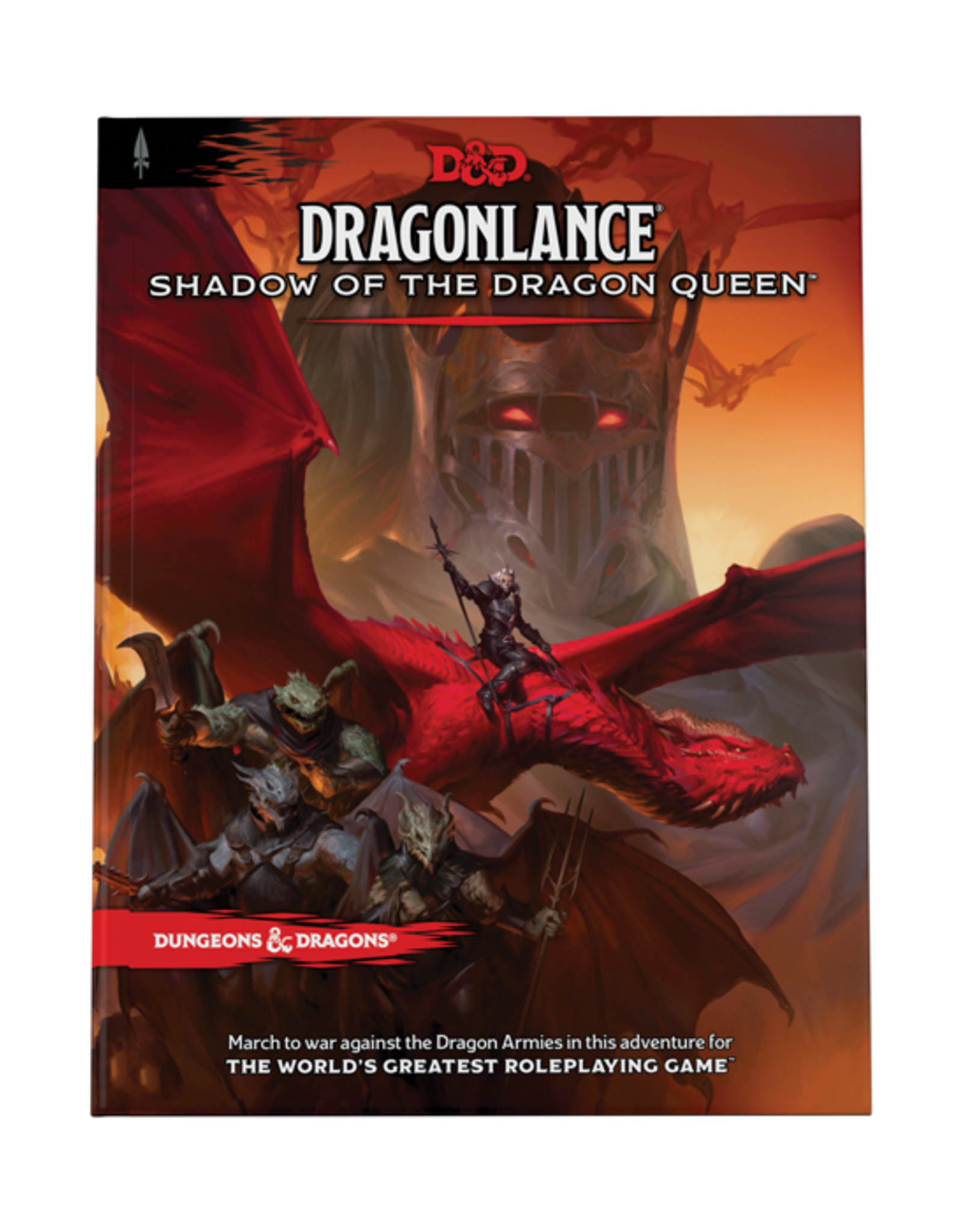 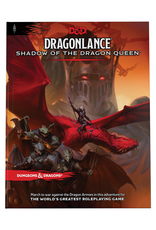 In a world ravaged by war, the actions of heroes can have world-altering stakes.

Defend the people of Kalaman against seemingly insurmountable odds as Krynn prepares for war. The Dragon Armies are on the march, their ranks swelled by ogres, minotaurs, and humans who seek a share of the spoils, while rumors of the return of the Dark Queen’s dragons swirl among the people.

• Dragonlance: Shadow of the Dragon Queen adventure for characters levels 1–11
Introduces the Dragonlance setting to 5th edition D&D with a focus on the legendary War of the Lance

• Includes character options at home in the Dragonlance setting, including the kender race, feats, backgrounds, and a subclass focused on Tower of High Sorcery magic-users