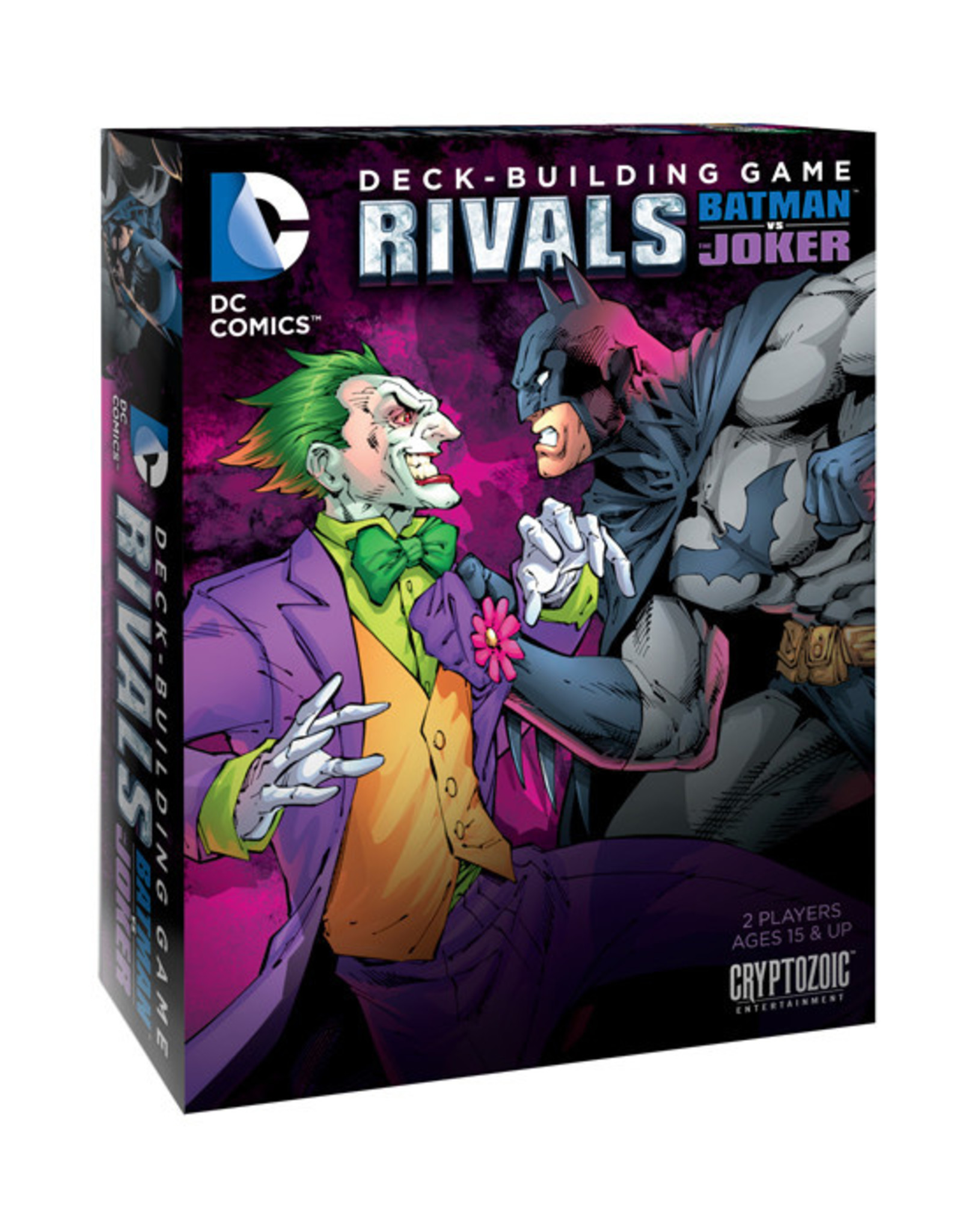 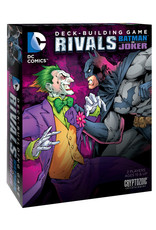 It's the head-to-head showdown comic book fans have been waiting for! This set contains everything two players need to settle the question once and for all... Can Batman take down The Joker or will he go mad trying?

The action is fast and furious, as players vie to add the right mix of components to their decks. When you're ready, you can launch an attack directly at your arch nemesis! The first player to drop their opponent three times wins the game instantly, however, it will be harder to do each subsequent time. Also, if the main deck runs out, victory points are counted to determine the winner.

This set is a great introduction to the Cerberus System, which is the same engine used in the best-selling DC Comics Deck Building Games. The addition of the direct attacks will appeal even to seasoned deck-building fans.

Batman and The Joker each come with three oversized character cards. When one is beaten in direct combat, the next one is revealed. The new one will have a boosted-up ability and will be harder to take down than the previous one. Naturally, the combatants can utilize Block cards to protect themselves. It's a brand new experience, not to be missed!