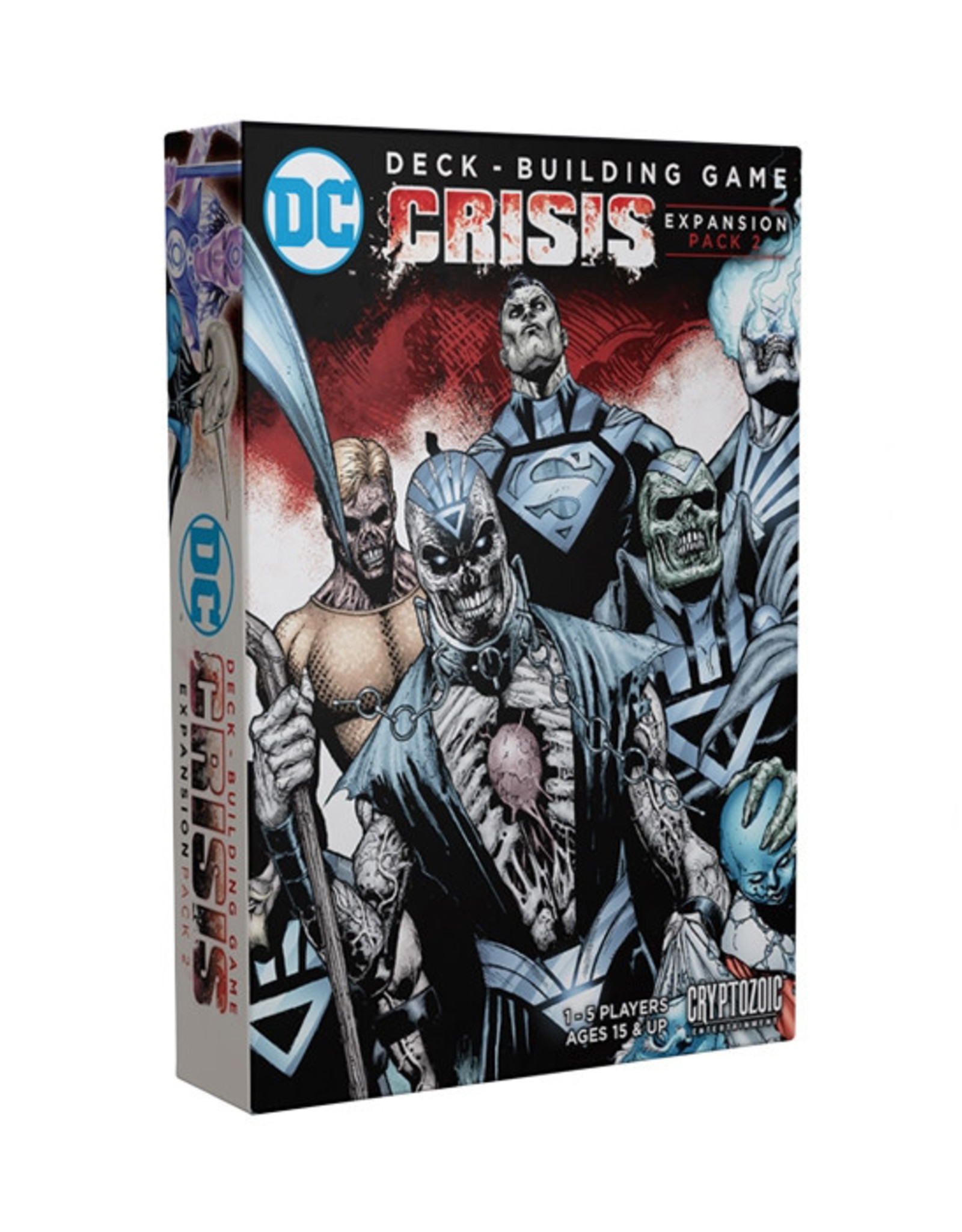 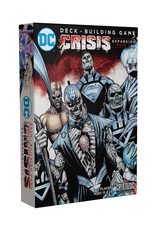 The DC Universe is in peril… again! In the DC Deck Building Game Crisis Expansion Pack 2, you will face some of the most epic challenges, events, and destructive forces in the history of comic-dom. As a Crisis Expansion you can expect co-operative gameplay and “Impossible Mode” Super-Villains for fans of the popular and critically acclaimed deck-building game. But you’ll also find new Super Heroes and new main deck cards for competitive players. Truly something for everyone!

The Crisis cards are for co-operative play only. Players must team-up to overcome these challenging events. The gameplay you thought you knew will never be the same when these ongoing terrors hit the table. Work together to defeat all of the Super-Villains before time runs out!

However, if you prefer to keep your deck-building competitive, there is a new set of SIX all-new Super Heroes and a slew of new main deck cards to keep your games as hard-fought as ever! Play Impossible Mode to make competitive play even more hard-core.
The eight Super Heroes and 12 Super-Villains from Heroes Unite have been reimagined for the ultimate co-operative showdown. Impossible Mode Super-Villains are much tougher than their lesser counterparts. You’ll beg for mercy when you are subjected to their new First Appearance Attacks, and marvel at the rewards you reap for defeating them… which is not easy!
This is not a stand alone product. DC Deck Building Game, Heroes Unite, or Forever Evil required to play.
Add your review
0 stars based on 0 reviews
Add to wishlist / Add to compare / Print