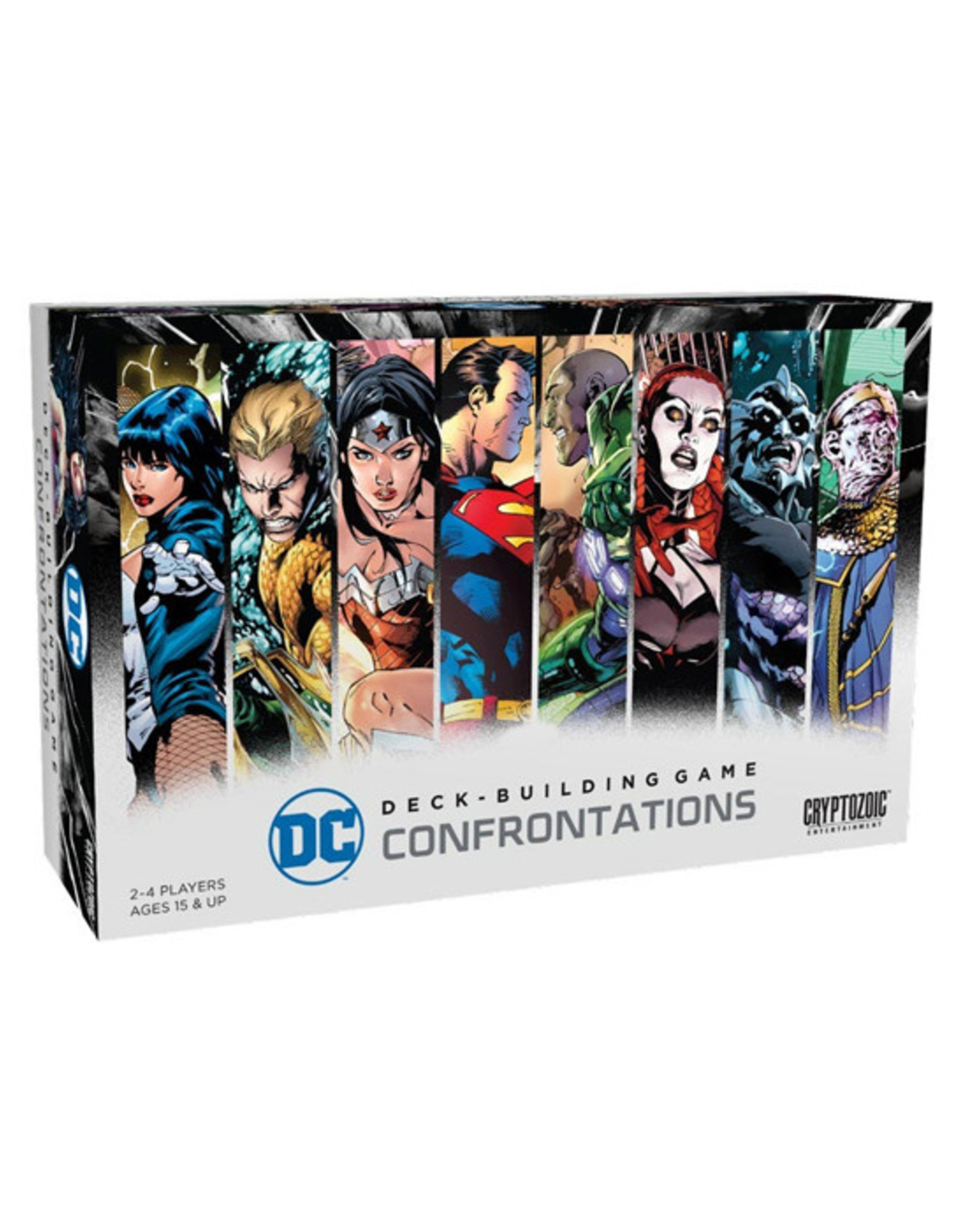 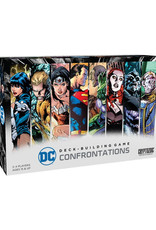 Super-Villains in comic books are constantly teaming up to try to defeat those pesky Super Heroes. And almost as often, the Super Heroes team up to take on these unholy alliances. Confrontations explores these epic clashes with an exciting, all-new 2v2 format. Now two Super Heroes will take on two Super-Villains in a struggle for supremacy, using the Confrontation rules first introduced in DC Deck-Building Game: Rivals - Batman vs The Joker. The rulebook contains 2-player and 3-player variant rules and rules for adding Rivals cards into the mix for even more Confrontational goodness. Many of the cards are suitable for mixing with other base sets as well.

To match the teamwork theme, the new keyword “Assist” makes its debut. Cards with the Assist keyword may be played during your teammate's turn, giving him or her that little extra boost when it's needed the most. Each oversized character has a 9, 12, and 15-cost version. As your opponents confront and knock you down, your cost goes up and your abilities improve as well, giving you a chance to make a dramatic comeback. If your team succeeds in knocking down an opposing 15-cost character, your team wins!