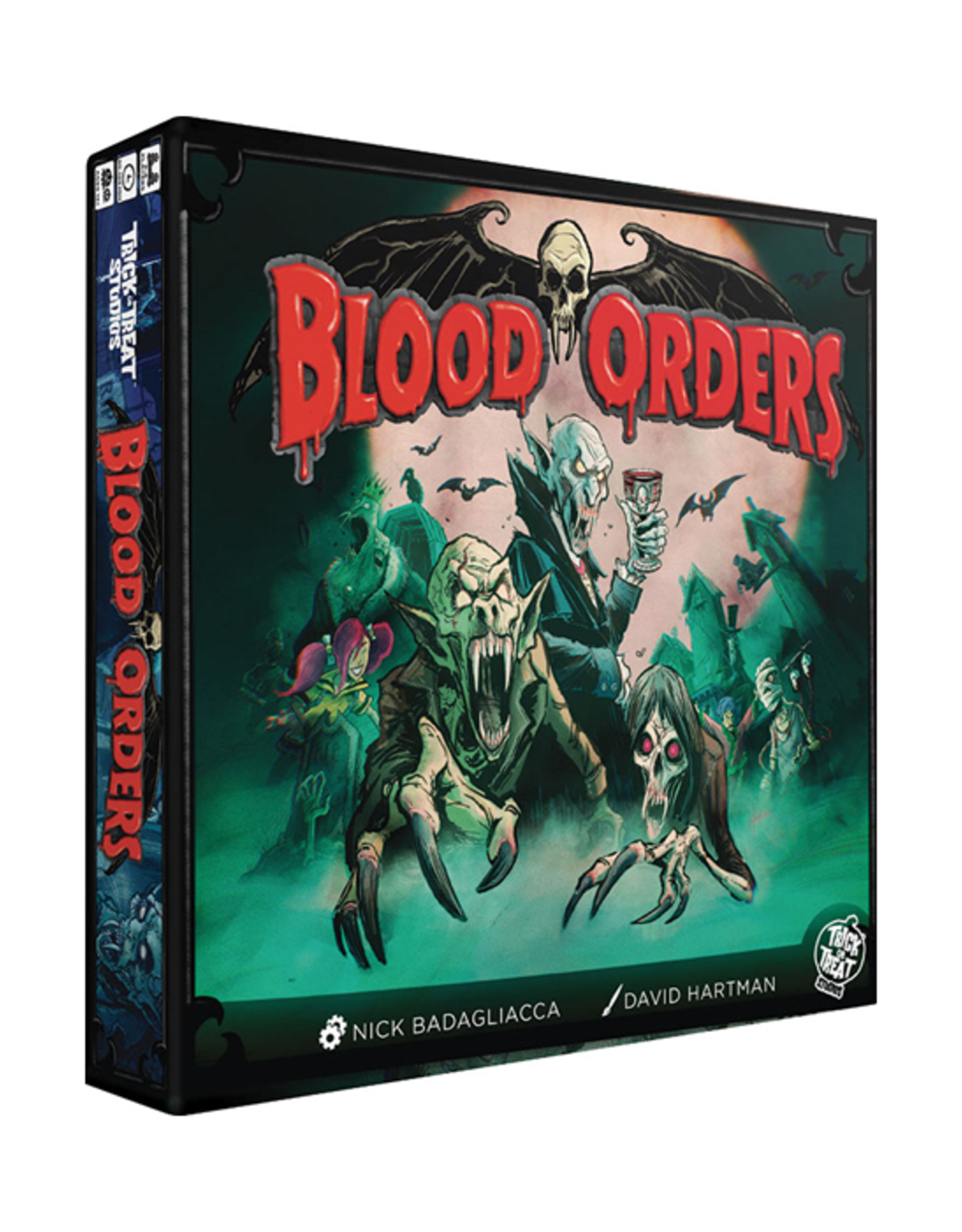 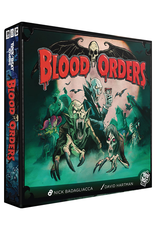 In Blood Orders, 2 to 4 opponents will each take on the roles of powerful but disgraced vampires, exiled from a centuries-old order and hoping to build a new underground kingdom of their own in an unfamiliar city. Players will visit locations in disguise to gain resources, perform arcane rituals, and hypnotize the citizenry...but most importantly, they will turn hapless victims into fresh, bloodthirsty vampires under their command!

Building your new Order will involve managing a continuously evolving hand of vampire cards at your command, sending them throughout the city to visit Locations, perform arcane Rituals, bewitch Victims, and recruit new vampires, all over the course of 9 rounds (Days). All of these activities take the form of cards activated by your Order Tokens on the board, allowing you to amass critical resources, perform useful actions, and earn Victory Points. However, as your power grows, so does Fear within the city, making your quest increasingly difficult as the Days go by.

At the end of the 9th Day, the vampire player with the most Victory Points will reign supreme!