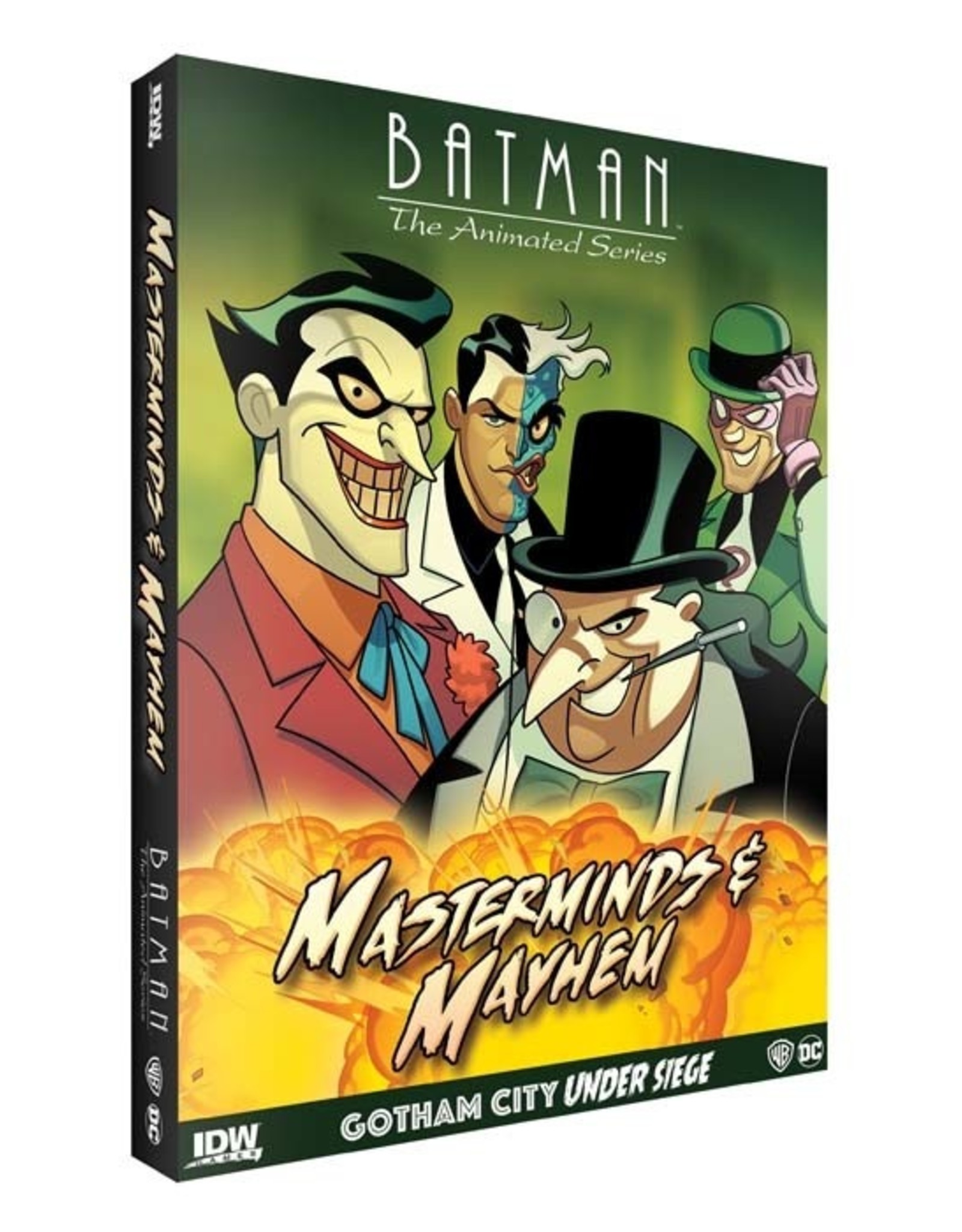 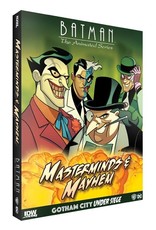 Batmans enemies were thwarted in Gotham City Under Siege, but theyve returned with a vengeance in the Batman The Animated Series: Gotham City Under Siege Masterminds and Mayhem expansion! In their latest attack, the Masterminds have brought deadlier weapons, like armored cars and massive explosives, and have taken to the streets to fight alongside their hired goons. The villains tactics have also improved, with new Rooftop Villains and Act Leader Target mechanics. Don the cape once more and help protect Gotham City from these deadly new threats.